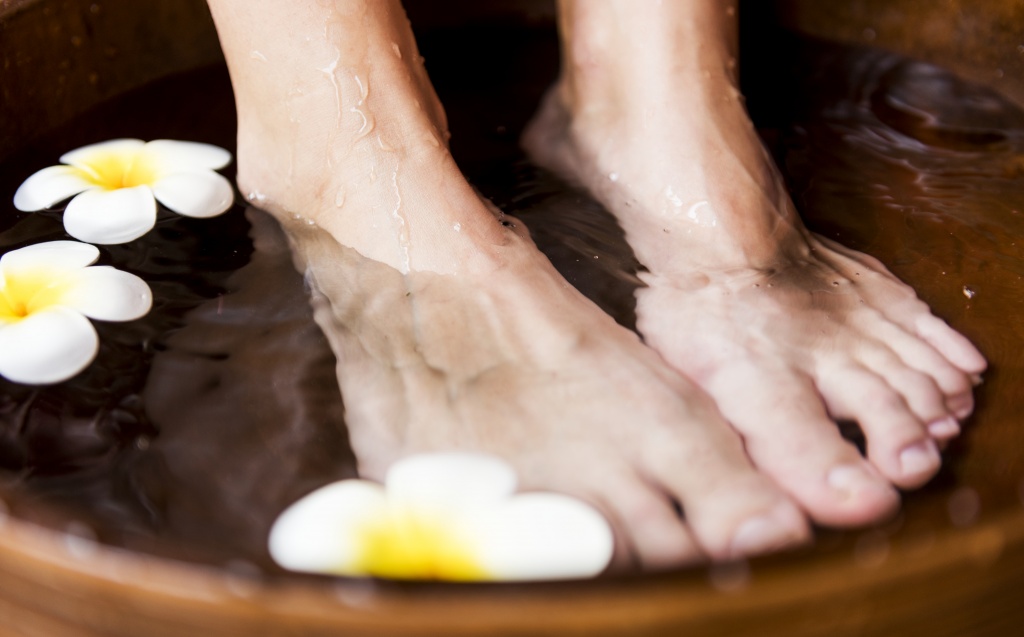 A recent fad has been sweeping the country: ionic foot detoxes. You may not recognize the name, but you probably have seen the infomercials about foot patches or foot baths that pull all the toxins out of your body through your feet, leaving you with a patch or bath full of brown liquid (aka the toxins). But is it all just a scam? Or is there actual scientific proof to support these claims?

A recent fad has been sweeping the country: ionic foot detoxes. You may not recognize the name, but you probably have seen the infomercials about foot patches or foot baths that pull all the toxins out of your body through your feet, leaving you with a patch or bath full of brown liquid (aka the toxins). But is it all just a scam? Or is there actual scientific proof to support these claims?

Ionic therapy is loosely linked to the work of Royal Raymond Rife, an American inventor considered to have discovered bioelectric medicine. His theory said that viruses will be destroyed if they are introduced to the right balance of resonating frequency, similar to a glass being destroyed by the high pitch of a soprano. Fast forward to the 21st century, and Dr. Mary Staggs applies this theory and others to create the first commercial ionic footbath in 2001. 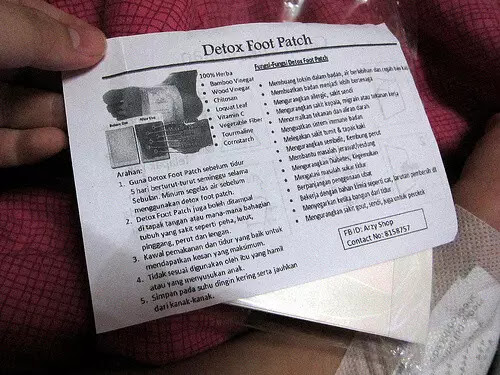 I decided to try it out for myself with Pacific College Alumna and Oncology Specialist Christine Adamo, LAc, and see for myself what the scoop is all about. Christine is a supporter of “true” ionic detoxes and uses them in her practice, particularly with her cancer patients to help with the side effects of chemotherapy.

If you’re interested in delving deeper into topics like alternative and traditional Chinese medicine, learn about becoming a student in one of PCOM’s acupuncture, massage therapy or holistic nursing programs.

First off, I say “true” because Christine warned me upfront about the many false companies out there who claim that the brown water produced in their bath or patch is the result of toxins coming out of the body. “This is NOT true,” Christine said. The water changes color naturally because of the chemical reaction between the electricity and the salt water, not because of toxins. So don’t be fooled by the infomercials; it’s actually the debris that begins to form in the water that are the toxins.

Don’t just take Christine’s word for it; the scientific evidence speaks for itself. “We can do a test and you can see for yourself if you’d like?” asked Christine, before we began the detox.

“Why not!” I said. Afterall, what better way to determine a treatment’s efficacy than with a scientific experiment?

We decided to do a urine pH test before the detox and then another pH test after the detox to compare the results. My first pH test showed to be more on the acidic side of normal. I was ready to see if this detox would really change my pH level in just 30 minutes.

The main point of these foot detoxes is to make the body’s pH more “alkaline,” but what exactly is the importance of being alkaline?

An alkaline body is crucial to a person’s health. Diseases thrive in an acidic environment. So basically, the less acidic your body is and the more alkaline, the less prone you are to contracting a disease, such as osteoporosis or cancer, according to Christine.

The Center for Disease Control reports that up to 85% of all illness are caused by toxins and pollutants in our bodies. The human body functions best when the ions are balanced at 80% negative and 20% positive. So how do we achieve this?

What we put into our body, such as the foods we consume, have either acidic or alkalizing properties. Check out the food charts for yourself here. The more of the higher alkaline foods you can incorporate into your diet the better. An ionic detox, helps to facilitate the alkalization process through the process of ionization, which removes “free radicals” from the body.

How do ionic foot detoxes fit into Chinese medicine?

Traditionally, we think of acupuncture and herbal medicine as being the main components of Chinese medicine. The ionic foot detoxes we see today are a more modern invention, but magnetism itself has been used to accompany traditional Chinese methods medicinally in China for over 2,000 years.

Acupuncturists use a variety of modern tools now adays, that weren’t invented yet back in ancient Chinese times. Tools besides the ionic detox machine, such as the electrical stimulation machine work to accompany acupuncture. Both of these tools work with acupuncture to clear heat in the body.

“Every physician has a set of tools in his/her tool bag; sometimes you have to branch out to find more tools,” said Christine.

So, the crucial question: Did it work?

The pH test says: Yes! My post detox pH levels were right in the middle of the spectrum, as they should be, and noticeably more alkaline than before the detox. Christine says that the detox continues to alkalize the body up to 48 hours after the treatment, via urination and sweat, which is an added benefit. One should not eat/drink acidic foods after a treatment, to help better facilitate the detox process.

It’s important to aid in your body’s alkalizing process. “You can’t just come in and ‘get fixed’. You have to take ownership in your health. The work I do with a patient has to be part of a team effort,” Christine said, which is why the food alkalinity chart is so important. Christine suggests bringing it to the grocery store with you to help in purchasing alkalizing foods.

Other scientifically measured effects of this detox, besides alkalization, are lower blood sugar levels and lower cholesterol levels. A 2008 study by Center for Research Strategies showed participants’ levels of aluminum to have decreased by 46% and arsenic levels to have decreased by 24%, on average.

A simple Google search will show that ionic foot detoxes are commonly offered in holistic healthcare centers, as well as spas, hair salons, and grocery stores across the U.S. Products purchased on store shelves, however, can vary in quality and so it’s wise to entrust a healthcare professional with the ionic detox process.

It’s important to note that detoxification is an important first step of a treatment plan. Similar to treating drug or alcohol addiction, detoxification helps prepare the body for the next phase of treatment, whether it is therapy or alternative care. For most natural healthcare enthusiasts, an ionic foot detox is the beginning of a lifestyle committed to eating healthier and exercising.

Is the ionic detox good for anybody?

Yes! Most people can benefit from an ionic detox. It is especially good for those suffering from gastrointestinal disorders, skin conditions, fungal or yeast infections, and cancer.

The ionic detox is contraindicated for those who have a pacemaker and open sores or lesions on his/her feet. People with Diabetes Type I should use this therapy with precaution.

The benefit of this form of detox is that it is, “gentle and safe, and not compromising because it bypasses the gastro-intestinal system,” Christine said. The detox also works well when accompanied with acupuncture, to stimulate blood flow, in treating peripheral neuropathy.

The best time to detox for people who are not suffering from a specific ailment is during the transitional seasons: Spring and Fall.

We have clients visiting our Holistic Med Spa from across Long Island City, Astoria, Queens, and the surrounding areas.